Some would say there are three types of smokers. The first category is pleased about smoking, perhaps because they’ve just started the habit or haven’t experienced any adverse effects yet. The second group feels uneasy about the habit they’ve acquired, and have occasionally thought about quitting. Finally there are those who are actively trying to quit with varying degrees of success. All three types of smokers will sooner or later be eager to know: Is there an easy way to quit smoking? The short answer is not really. The longer answer? Knowledge is power, so read on to understand how you can beat this menace and finally quit smoking.

Smoking is regarded as one of the toughest habits to quit. The “Managing Addiction” Journey will help build the tools you need to break your addiction. 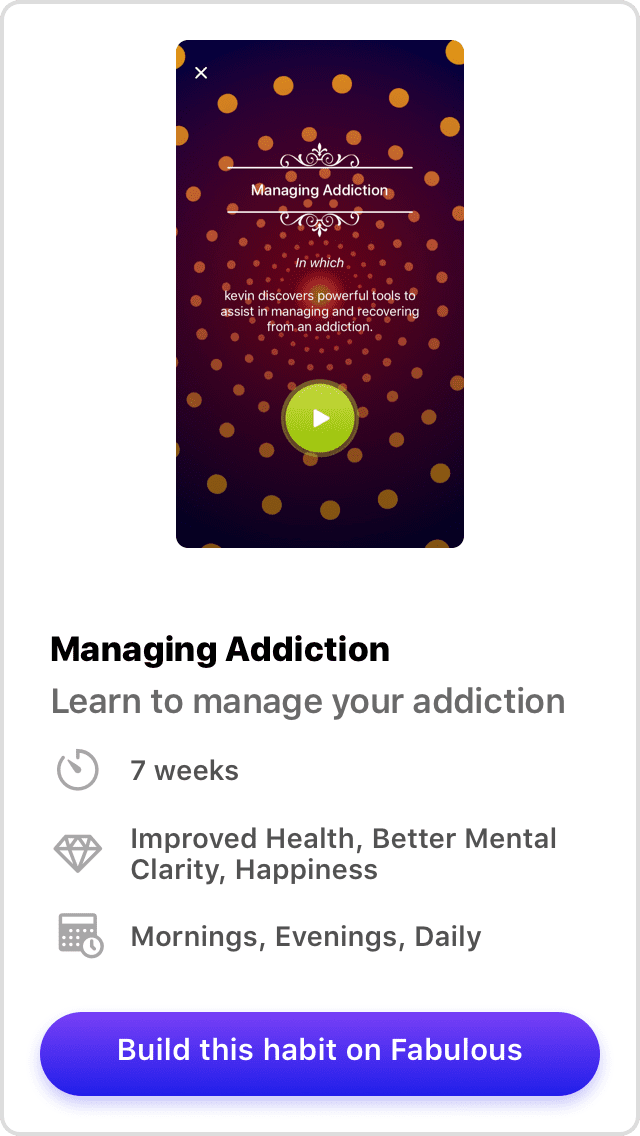 What makes us search for tips to quit smoking? Why is smoking such a difficult habit to break? Understanding the science behind it isn’t just informative, it’s empowering. Knowing what you’re up against will enable you to prepare yourself in both physical and mental terms.

The main ingredient in tobacco is nicotine. This chemical is so addictive that scientists consider it as difficult to give up as heroin! Though cigarettes contain plenty of other harmful chemicals as well, it’s primarily nicotine that keeps you coming back for more

When you inhale tobacco smoke, a small dose of nicotine crosses the blood-brain barrier within 10 seconds. It acts as a stimulant, releasing adrenaline, increasing your heart rate, raising your blood pressure and generally making you feel more active. Nicotine also triggers the release of dopamine, allowing you to feel pleasure and a sense of calmness.

Now if you were a non-smoker, you might be understandably confused since it sounds like nicotine actually makes things better! Many people who started out smoking felt the same way, and it takes a while to understand how damaging nicotine really is.

Tolerance: Needing More for the Same

Our bodies quickly get used to the nicotine we are ingesting. Which means very soon, you’ll need to smoke two cigarettes to enjoy the effect you’d earlier derived from one. As their tolerance levels build up over the years, many smokers end up finishing a pack every day.

Are they more alert, more pleased or calmer thanks to the additional nicotine? Of course not! In fact, the exact opposite becomes true. Heavy smokers are more sensitive to stress and become crankier when they don’t smoke, for reasons we’ll discuss in the next section.

Once your body gets used to nicotine, it craves greater and greater quantities of it. When you begin smoking, you’ll be lighting up cigarettes with increasing frequency because you love the pleasure it brings you. Nicotine will trigger the release of dopamine each time you take a puff.

But after a while, you’ll require a cigarette even if you aren’t particularly stressed or unhappy. That’s because your body has gotten used to nicotine and now demands a regular supply of it! This is what makes quitting smoking so difficult. Even if your mind is aware of the harmful effects, your body will begin exhibiting various troubling symptoms. Some of the most common ones include:

The highly addictive qualities of nicotine, combined with the symptoms above, can cause serious disruption to your life. In fact, that’s one of the main reasons why so many smokers refuse to even consider quitting. They may believe their work is too stressful or life too unstable at the moment. So they set a date in the future. They say they’re waiting for a window of time where they’ll be free of stress and responsibilities. But when is anyone ever fully free of stress and responsibilities?

The best time to quit smoking is as soon as possible. When it comes to quitting smoking, procrastination can be deadly.

Don’t let stress become an excuse for you to postpone breaking bad habits! Instead, start learning to cope with it by taking up the 5 minute “Breather” Meditation session in the app’s Make me Fabulous section. 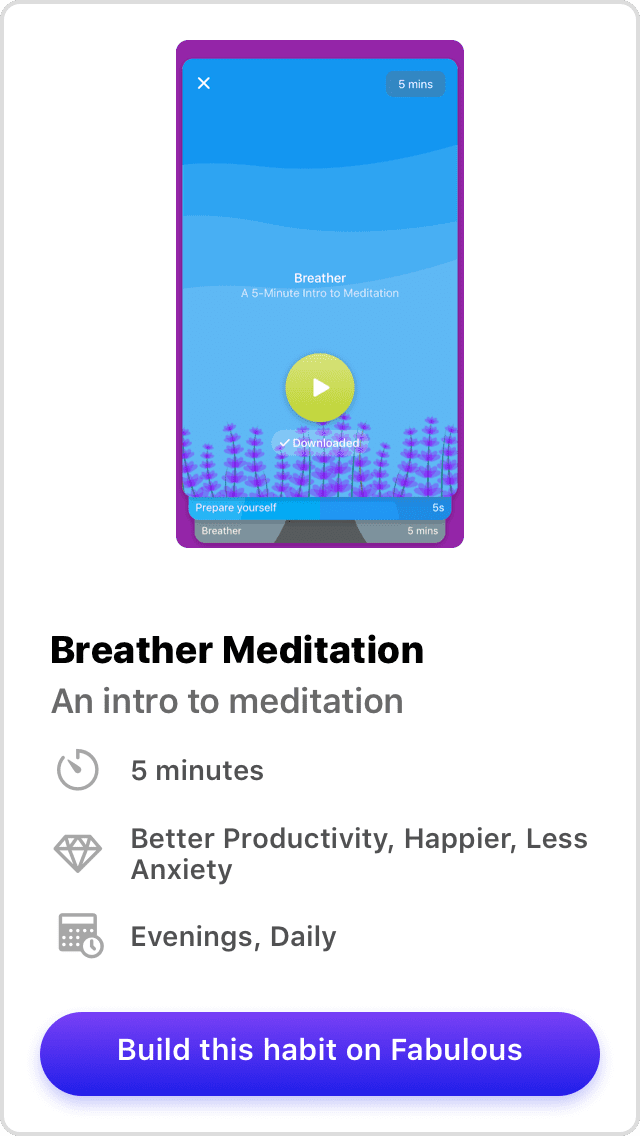 Smoking to Live, Living to Smoke

Thankfully, we’ve come a long way from the 1940s and 50s, when people were smoking in train stations, restaurants, and even doctor’s offices! Today’s laws and societal norms have rightly identified smoking as a harmful habit that needs to be curbed for everyone’s sake. That means being a smoker can damage your reputation. But more than society, your own actions might be hindering your future.

Heavy smokers sometimes end up rejecting job offers solely because they’ll be restricted from smoking during working hours. Their relationship with their partners, friends and children might suffer if they disregard the dangers of secondhand smoke. Most smokers light up at least five times a day, which means they’ll end up spending anywhere from 5,000 to 20,000 dollars (or more!) over the course of a decade. Their social life will only revolve around places and people who don’t object to their smoking. Your first cigarette might make you feel alive, but smoking ultimately takes control over every aspect of your life.

So don’t hit the snooze button when it comes to thoughts of quitting smoking. Instead, allow your mind to dwell on all the ways smoking is holding you back. Rather than blocking the unpleasantness, experience it. It’ll provide you the motivation to take the leap and change your life for the better.

It’s time to break free from the chains of nicotine addiction! The 10 minute “Fresh Start!” Get Inspired session from the app’s Make Me Fabulous section will motivate and rekindle the fire within!

All at Once or Little by Little?

Over the decades, millions of people have successfully freed themselves from tobacco use, and they’ve used one of two ways: Going Cold Turkey versus Gradually Cutting Down. The debate over which method is better exists to this day because both camps have produced success stories, though clinical studies have not been conclusive.

So it ultimately boils down to your nature, personality, lifestyle, and other factors. There are many who’ve stamped out their last cigarette and never looked back. However, it’s important to remember that quitting cold turkey isn’t the only option. If it appeals to you, by all means attempt it. But if it fails, don’t return to smoking with a vengeance! The desire to smoke can be so strong that we’ll convince ourselves of falsehoods like “If I can’t quit cold turkey, then I’ll never be able to quit!” There’s absolutely no truth to it. Not everyone can quit cold turkey. But everyone can quit smoking. They just need to find what works for them.

Some smokers decide to wean themselves off smoking tobacco by obtaining controlled doses of nicotine through other sources such as chewing gums, patches, inhalers, sprays and lozenges. However, remember to consult a doctor and be aware of possible side effects and symptoms. The key is to gradually break the habit of smoking without suffering nicotine withdrawals. But these replacements are meant to be temporary; don’t permanently substitute one nicotine source for another!

There are several medicines available today that may help you while you’re quitting smoking. They’re designed to alleviate cravings and reduce withdrawal symptoms. But as always, consult your doctor to ensure that they are right for you.

There have been tremendous advances in behavioral science, which means it’s now possible to tackle the problem of smoking through tried and tested methods. The Fabulous app is a perfect example of converting academic knowledge into digestible, doable steps that you can incorporate into your daily life. You no longer have to simply shut your eyes and “tough it out” when it comes to addiction. Instead, trained professionals and apps like The Fabulous allow you to uncover your triggers, confront unpleasant emotions and develop ways to combat stress.

Berating yourself up about your bad habit won’t help. Instead, start “The Compassion Meditation” to feel better about yourself and gain the confidence needed to beat your addiction. 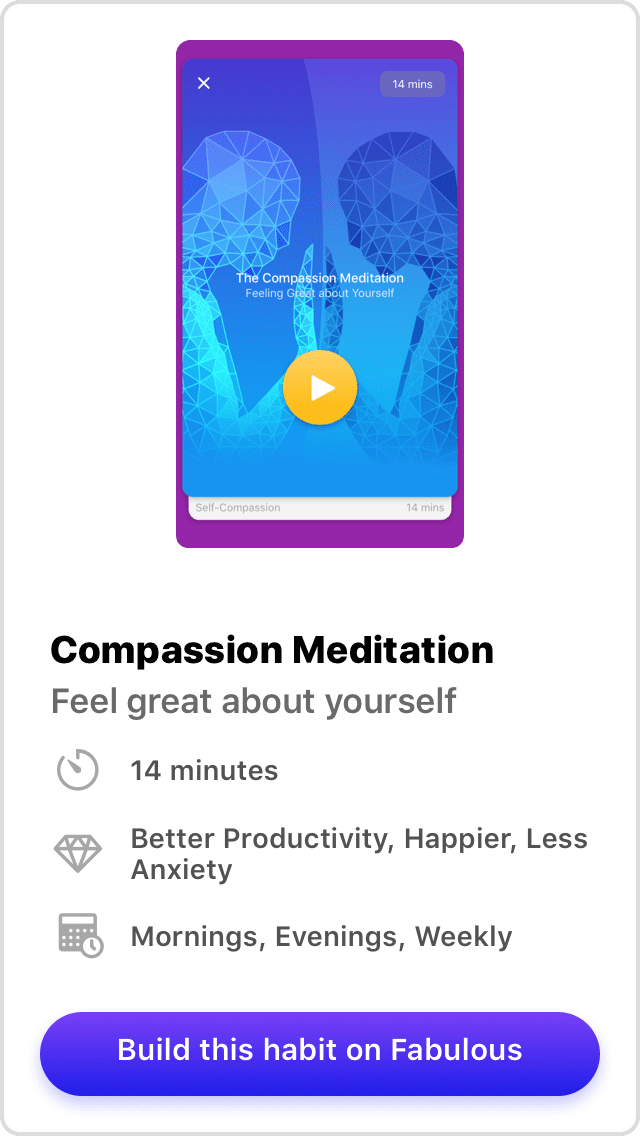 Quitting smoking can be an extremely lonely process, especially if your social circle comprises other smokers. If you feel isolated, you might benefit from joining support groups such as Nicotine Anonymous. By talking and listening to others, you’ll be reminded that you are not alone, and more importantly, what you are attempting isn’t impossible.

Ever wished you could combine your active online presence with your daunting offline struggles? The Fabulous allows you to connect with users all over the world when you start “Live Challenges”. Beating an addiction doesn’t have to be a lonely process anymore! 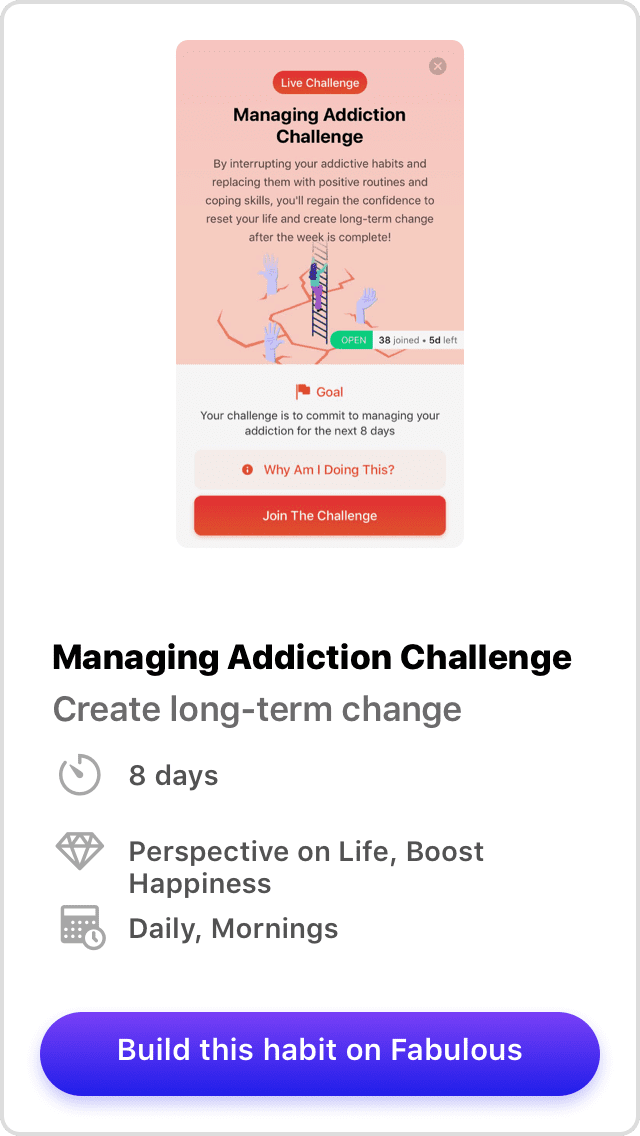 Are You Ready to Quit Smoking?

Quitting smoking is not easy. In fact, it’ll probably be one of the toughest things you’ll ever do in your life. But there’s no question that you’ll be gaining far more than you stand to lose. In every aspect of life–be it health, wealth, family, or mental peace–you’ll be better off in the long run.

When you decide to stop smoking, you won’t be just shedding a bad habit. You’ll be replacing one bad habit with several great ones. As to whether or not there is an easy way to quit smoking, the truth is that it depends on a lot of factors. Your personality, how long you’ve been smoking, and other variables will make the quitting process harder or easier. However, there are two universal truths about quitting: The benefits far outweigh the drawbacks, and quitting is possible for anyone willing to make the effort. 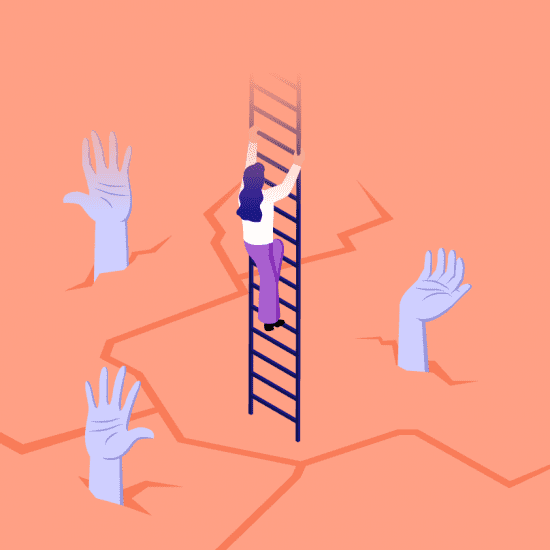 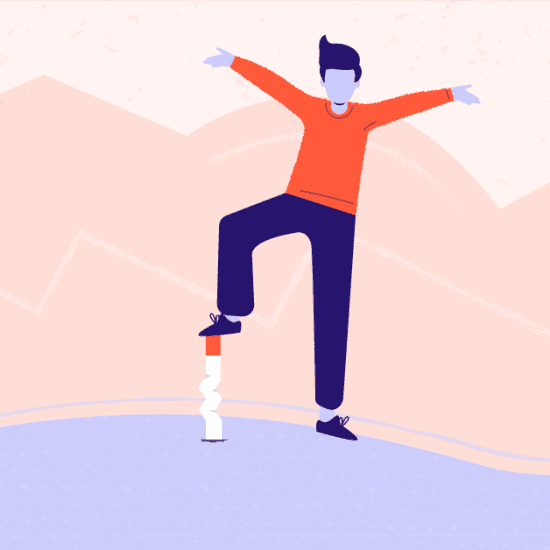 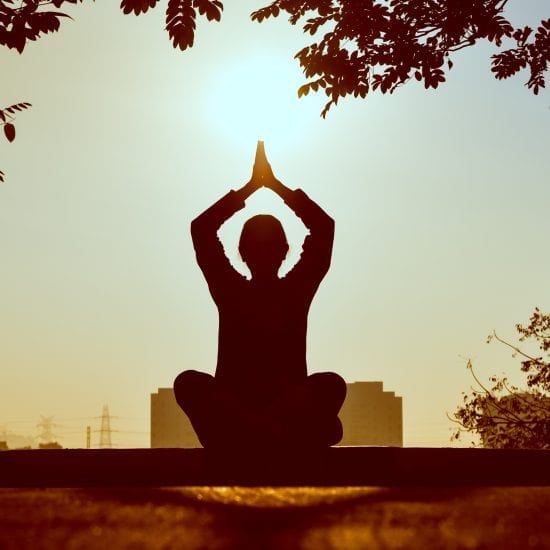